Ghosts On The Roads - To Believe It Or Not?

Ghost legends, like all such legends, have their origins in ancient times and pre-Christian religions, the remnants of which have survived for a very long time. Until a few centuries ago, in almost all of Europe, it was believed that the ghosts of wild hunters rush in the sky at night on ghostly steeds, bringing disease and death to people. They were led by the god Wodan, known from German mythology.

It had always been a bad omen to see wild hunters, of some kind of catastrophe or war. Any meeting with them could end badly. In such cases, it was advised to hide anywhere or grab even a blade of grass so as not to lose contact with the ground. Wodan’s hunters could kidnap a man and take him to the afterlife. 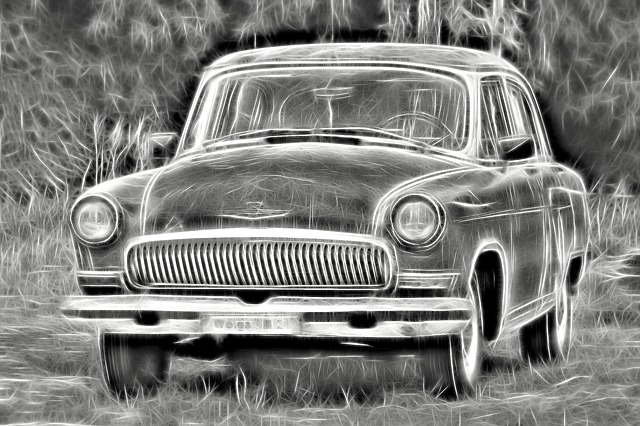 Traces of this faith have survived to this day in the folklore of Ireland, Great Britain, Brittany and the United States in the form of stories about carriages – ghosts on which the spirits of the dead travel, spreading terror and destruction. Such a vehicle is usually black and harnessed by black and headless horses. It is driven by a headless coachman. It runs very fast but makes no noise. You can’t hear the rattling of the wheels or the snorting of the horses. It is a very bad omen to see him.

In England, there is a story about a ghostly carriage ridden by the ghost Anna Boleyn. The ghost of the unfortunate woman sits inside with her head in her lap. Her carriage was seen at night around the Blicking Hall estate where she was born, usually on the anniversary of the execution, which took place on May 19, 1536. In Devon, a similar carriage is reported to be seen en route carrying the ghost of 17th-century murderous Lady Frances Howard. Witnesses swore that her vehicle was made of the bones of the murdered four men and that it was pulled by headless horses. In the vicinity of Dartmoor, a specter emerges – a hearse on which the famous sixteenth-century pirate, Sir Francis Drake, travels. His vehicle has been seen on the road near Borley Parish, the most haunted house in Britain. A ghostly carriage from the Turberville family haunts Dorset. Only members of this family can see it.

We also have similar stories in Poland. In Małopolska, the legend of a black carriage from Lipowiec Castle, traveled by the spirit of a church dignitary, is popular. In Greater Poland, they tell about a ghostly carriage that traveled along the road from the water mill towards Obrzycko. He was drawn by headless black horses.

The content of the folklore messages changed with the development of technology. Vehicles – the specters were forgotten when the first cars appeared on the roads. In the 1960s and 1970s, the role of the sinister black coach was taken over by the famous Black Volga, which was used to scare children. Parents warned not to walk on the road after dark, because they might be kidnapped by the Black Volga, or rather by its passengers. Later the versions were different.

The Black Volga was to be ridden by: Satanists, priests, nuns, vampires or even Satan himself. Demonic travelers were to drink human blood or kidnap children and take them to hospitals in Western Europe, where they were blood pressed and organs harvested, and the remains were thrown in landfills.

Wherever this car went, the children disappeared there. Adults who witnessed the kidnapping died after being run over by the Black Volga or mysteriously disappeared within the next 24 hours. It was said that the black car was equipped with white curtains from which travelers watched their surroundings.

Some believe that the legend of the Black Volga has its source in the stories circulating after World War II related to the cars used by NKVD and then UB functionaries. They usually came with bad intentions, and often abducted people and took them away into the unknown. The legend of the Black Volga kidnapping children was also known in Russia, Ukraine, Belarus and Mongolia.

Ghostly vehicles on the roads

A ghostly yellow Volkswagen is scaring drivers on the Karak Highway in Malaysia. It always appears in front. Most often, he drives in the right lane so as to block the lane on which his victim is moving. At first, it glides very slowly, forcing the driver to overtake him. If you pass him, he appears from the front. And so on forever. They say that if you get close, then you can see that there is no one behind the wheel. Experienced drivers advise not to overtake this car, because it keeps repeating the same trick of disappearing and reappearing in front, until it drives a nervous exhausted driver into an accident.

The Karak Highway is a mountain road that is only 60 kilometers long and leads from Kuala Lumpur to the city of Karak, it was built in the 1970s. It has a reputation for being a haunted route because there are many road accidents there. The biggest disaster happened in 1990. 17 people were killed then.

The ghostly yellow Volkswagen had been sighted in this area even before the highway was built. This apparition is related to the story of an unfaithful wife who murdered her husband in cold blood and then escaped in a yellow Volkswagen. However, it should not be presumed that this car is driven by the ghost of the murderer or its victim. Local residents say that the ghostly car is associated with the activity of dangerous demons from local beliefs. They say that the area where the highway was built had previously been Mayan settlements, including cemeteries, and that no bodies were exhumed before the road was built.

In London, on the route between St. Marks Road, Cambridge Gardens and Ladbroke Grove, there is a ghostly double-decker bus from the 1930s with the number 7. It always appears at 1:15 pm. The vehicle is running, although no one is inside. When drivers see it, they try to turn and cause accidents. The bus disappears shortly afterwards. It is said that it was first seen in 1934, when it became the cause of the disaster. His victim was a driver who was driving Cambridge Gardens. He wanted to avoid a collision with the bus, so he suddenly turned. Then his car hit a wall and burst into flames. The driver was killed on the spot. The witnesses of the incident assured that they saw a bus that disappeared as suddenly as it appeared. This bus appears periodically from time to time.

The theme of the dangerous ghostly car was used by Steven Spielberg in his 1971 film Duel on the Road. There is a huge old rusty truck that hunts the driver of a red car in order to kill him. The truck appears and disappears on an empty highway. Sometimes it is in front, sometimes it is in the back. It is not known who is driving it, because the driver’s face is not visible throughout the film, only his hand is shown. Perhaps it is the devil himself? This ghost truck is a symbolic embodiment of the evil that threatens people on the road.

What do we know about Lilith, Adam’s first wife?

Is Friday the 13th really unlucky?