Could there be anything unusual about a string of numbers? The average person will say no, because what is special about numbers arranged next to each other? However, people who are privy to the world of science and mathematics will say that everything! There would be nothing extraordinary about the Fibonacci sequence numbers, if not for the fact that they appear all around us. In mathematics, music, physics, art, architecture, nature and engineering. 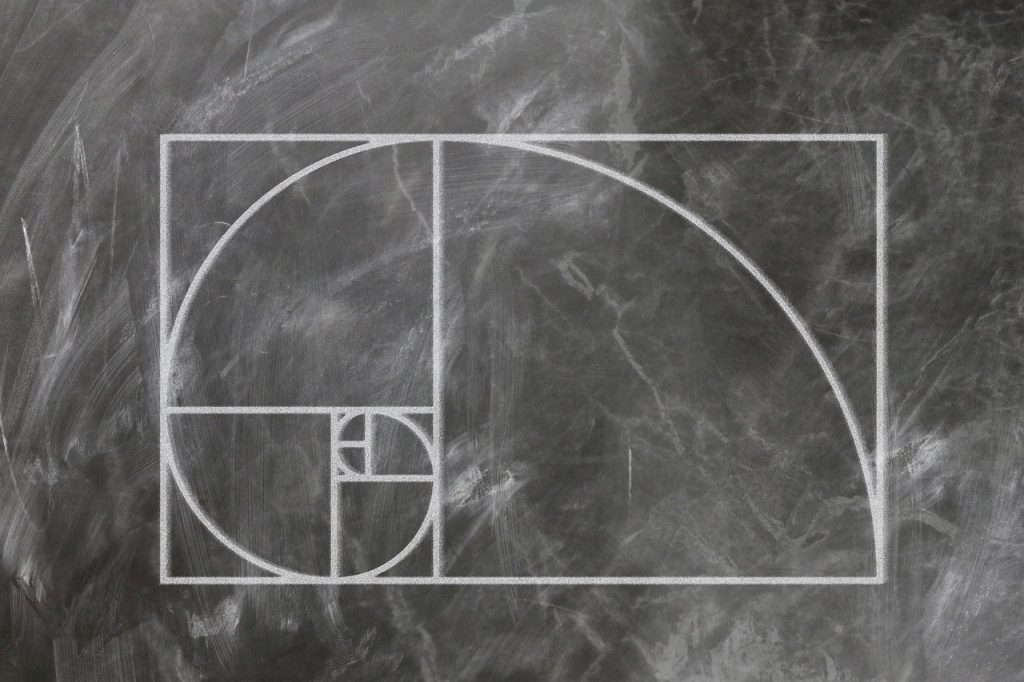 Leonardo Fibonacci was an Italian mathematician who lived between 1175 and 1250, he came from Pisa. He believed that the number 0 was the prime natural number. He dealt with the decomposition of numbers into prime factors, thanks to him we use Arabic numerals. It was he who gave the formula for the sequence of numbers that we know as the Fibonacci Sequence.

The string itself has some intriguing properties. If we divide any, the next two words from the sequence, eg 377: 233; 34: 21, the ratio of these numbers will be equal to the same number, approximately 1.618.

The larger the numbers in the series of the sequence you divide, the more accurate the ratio of these numbers will be. This approximation is called a golden number, denoted by the Greek letter φ (we read “fi”). The ratio of this division is also known as the golden ratio or divine proportion. It is also worth mentioning the Fibonacci spiral here. This is a special case, the so-called golden helix, the width of which increases or decreases by 90 degrees exactly φ times. We have an example of an illustration of a spiral in the photo below. 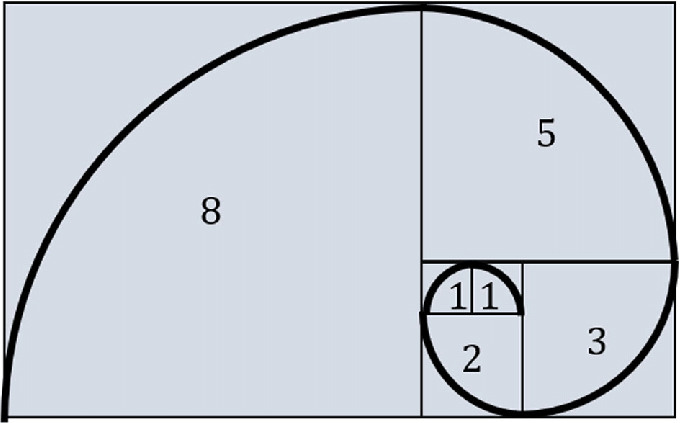 The Fibonacci sequence in the natural world

Probably each of us, being a child, played the game of looking for a four-leaf clover and found out how hard it is to find it. The answer to this secret lies precisely in mathematics. In most cases, a healthy, grown flower, without a mutation, has a number of petals that belongs to the Fibonacci sequence. The whole plant grows according to the golden ratio. That is why the golden spiral can be found in most plants. 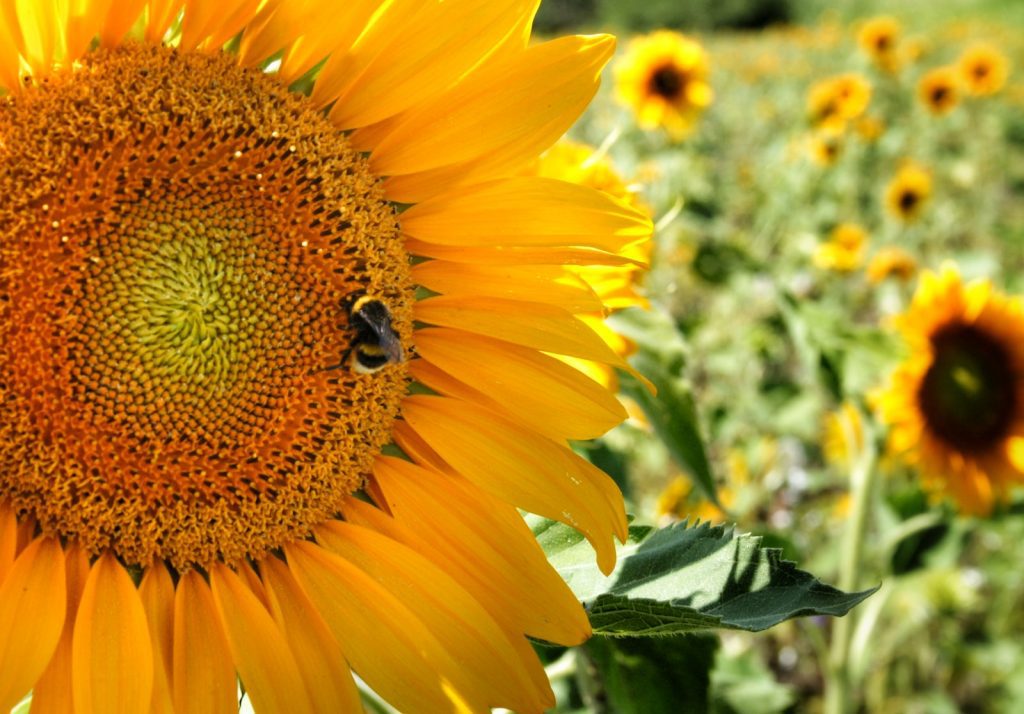 Another phenomenon is the so-called spiral phyllotaxis (foliage), which is characterized by a large number of tree species. I mean trees with the structure of branches arranged in a spiral around the trunk.

If we numbered the branches according to their height at which they grew, we find that the number of vertically adjacent branches is the Fibonacci number. The principle of spiral philotaxia also occurs in the plant world, where growing leaves cover each other. In this way, plants can optimally use the space, solar energy and collect the right amount of rain.

Shells are another example of a spiral in nature. 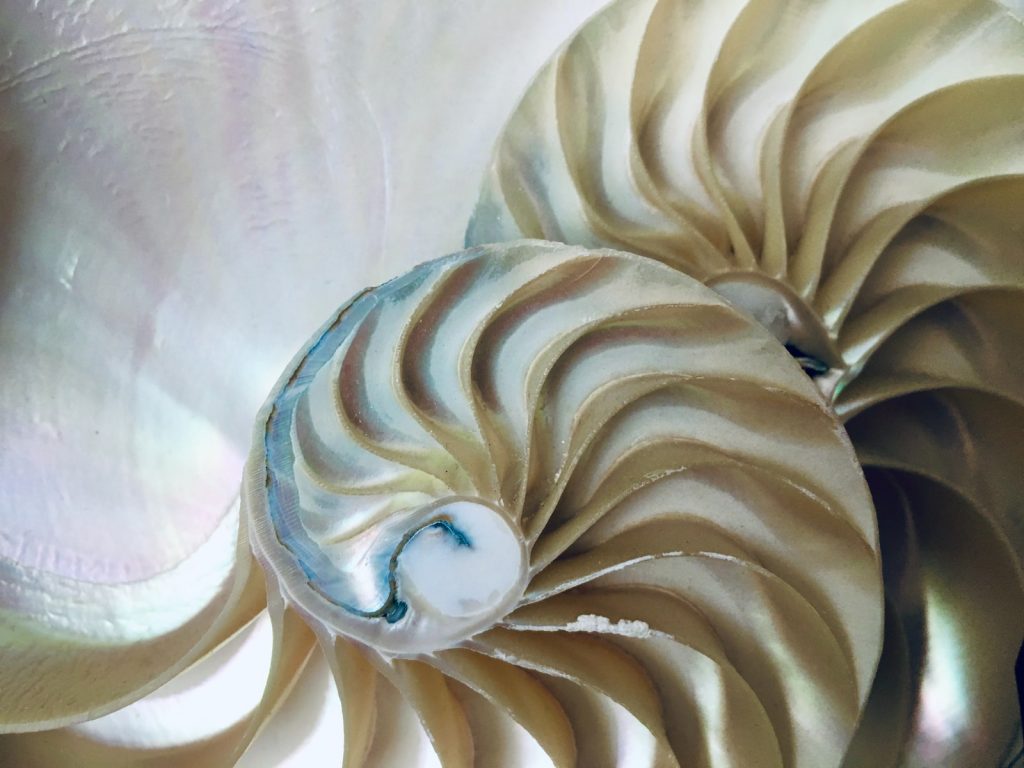 When you look at the cross-section of the shell, you can immediately see that it is arranged in a spiral and has many chambers. Each subsequent chamber is larger than the size of the previous one. The Fibonacci sequence can also be found, for example, in the construction of a dolphin. The individual elements of his body (tail, fins, eyes) are spaced according to the consecutive numbers of the set. Additionally, the diameter of a dolphin’s tail is golden in proportion to its upper body. In the natural world, hurricanes and spiral galaxies also follow the golden ratio.

Fibonacci sequence in the human body

1,2 and 5 are the numbers that are closest to our body. We have two lower limbs, two upper limbs, three head projections (two ears and a nose), five senses, three head openings (two eyes and a mouth), and single organs. The phi number and the golden ratio can also be found in the proportions of our body, which are not so perfectly preserved, but we can say that they are very similar. The ratio of human height from the distance from the feet to the navel is d (1.618). The same ratio is found in the distance from the fingertips to the elbows, from the elbow to the wrist, from the shoulders to the top of the head, from the navel to the top of the head, from the knee to the navel, from the knee to the foot. Looking further, we have two hands that consist of five fingers. Eight fingers consist of 3 phalanges and two thumbs consist of two phalanges. The ratio of the length of the middle finger to the little finger is also equal to the number phi, which we can also find in the features of our face. 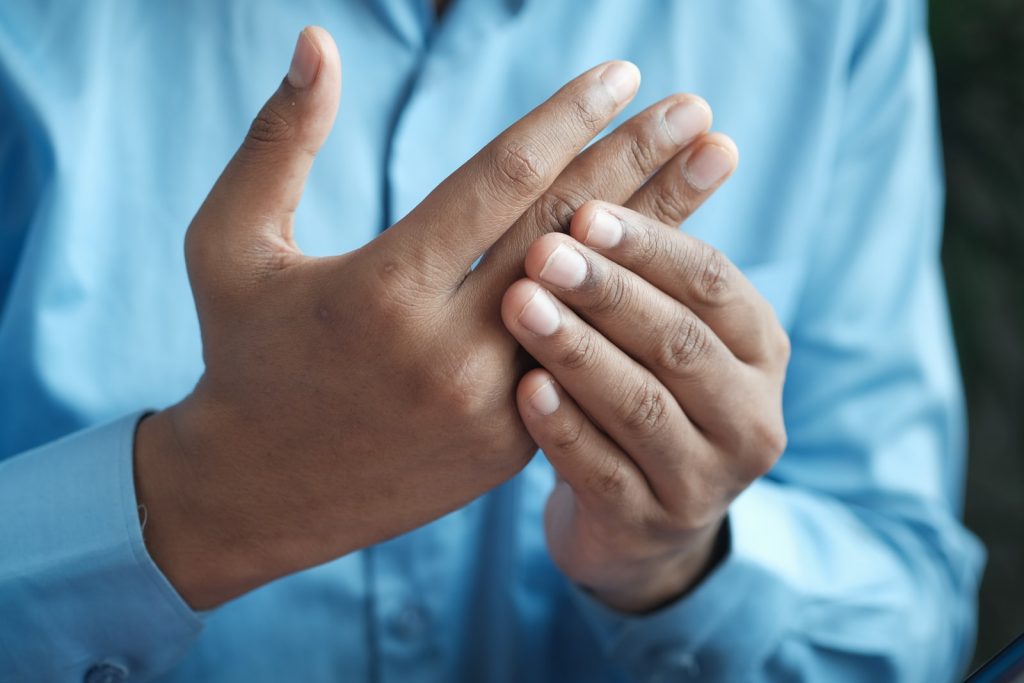 Even in the spirals of our DNA, we can find the golden ratio. The DNA particle is 34 units long by 21 units wide for each section of the double helix. These numbers are contained in the elements of the Fibonacci sequence, the ratio between them is the number phi.

The Fibonacci sequence in art, architecture and music

The relationships between individual sounds in music are based on mathematical laws, therefore, they include the principles of the Fibonacci sequence and the ratio of the number phi.

Audible sounds range from 32 to 73,700 vibrations per second. Sounds that are in the range of 60 to 33,000 vibrations are musical. The distances between one sound and another are called intervals. The ones that are nicest to our ear are based on the fi number.

A large part of Amadeus Mozart’s sonatas was divided into two parts, keeping the golden ratio. Antonio Stradivarius also used this form in the production of his best cellos.

The ancient Greeks already knew about the golden ratio before Fibonacci discovered it and built the Athenian Parthenon on its basis. The same principle was used by the Egyptians when constructing the pyramids. When we divide the sidewall of the pyramid by half, we get the bases approximately by phi.

In art, we can also find examples of the use of strings, the sculpture Venus de Milo, The Last Supper, The Birth of Venus, Mona Lisa. String dependencies can also be found in modern logos of brands such as BP, National Geographic, Google, Toyota, Apple, Pepsi.

The Fibonacci sequence in religion

Some even look for the Fibonacci sequence in a religious context. However, some researchers claim that these are forced observations, so we left this part of the article at the end of our discussion:

It is possible that the search for dependencies and principles of the Fibonacci sequence everywhere. It may seem absurd, but on the other hand, it must be admitted that there are more similarities, but only differences. In many cases, the golden ratio is also kept, so it can be said that the queen of science, mathematics, is probably again infallible.